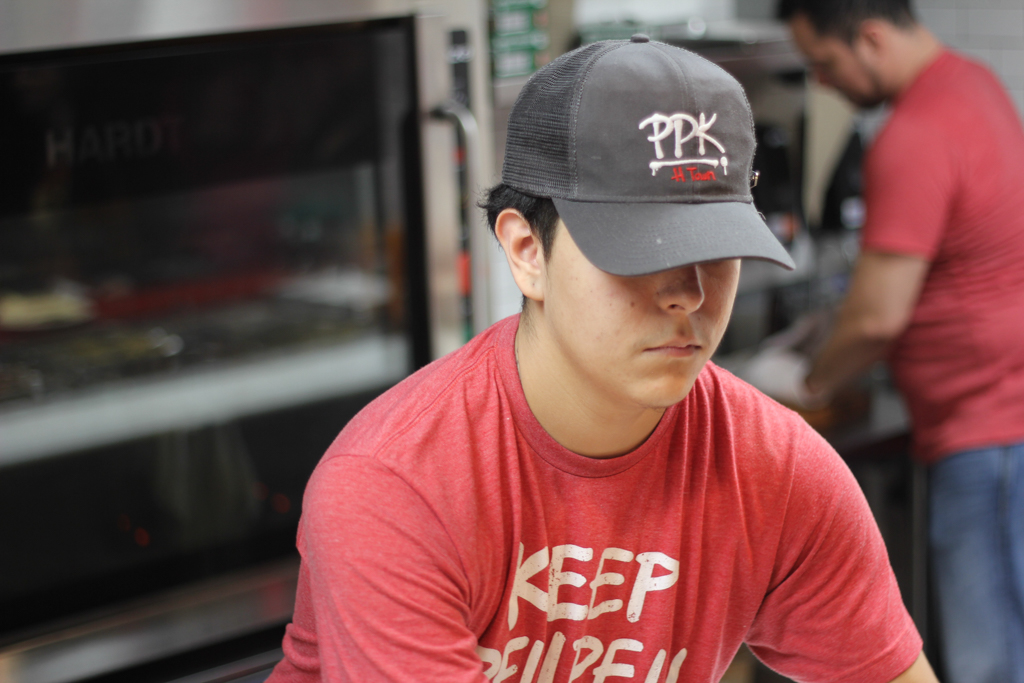 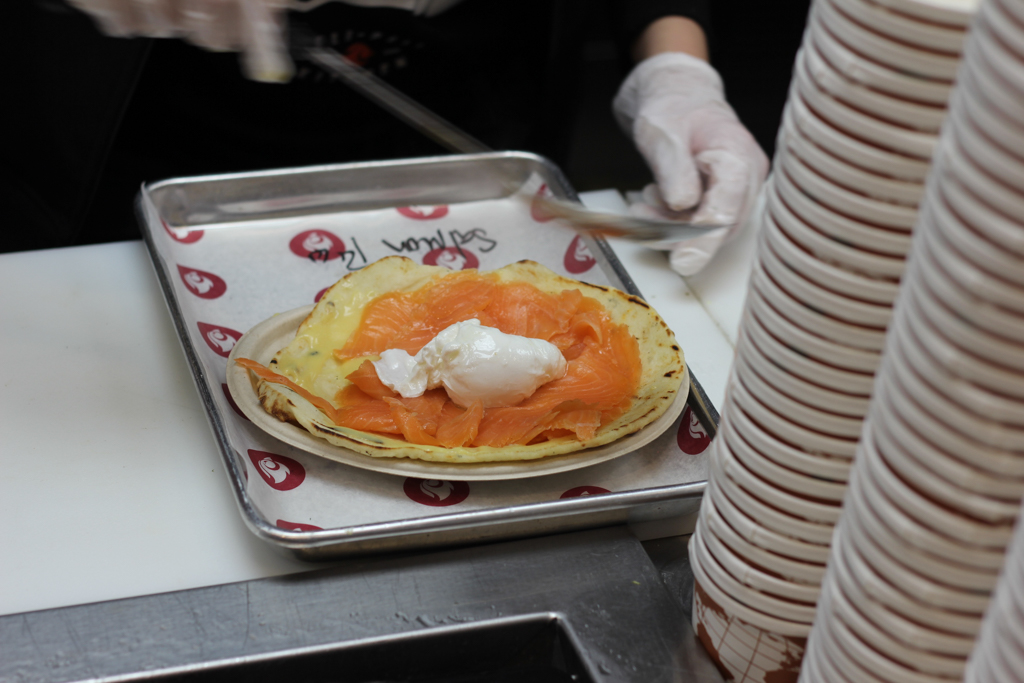 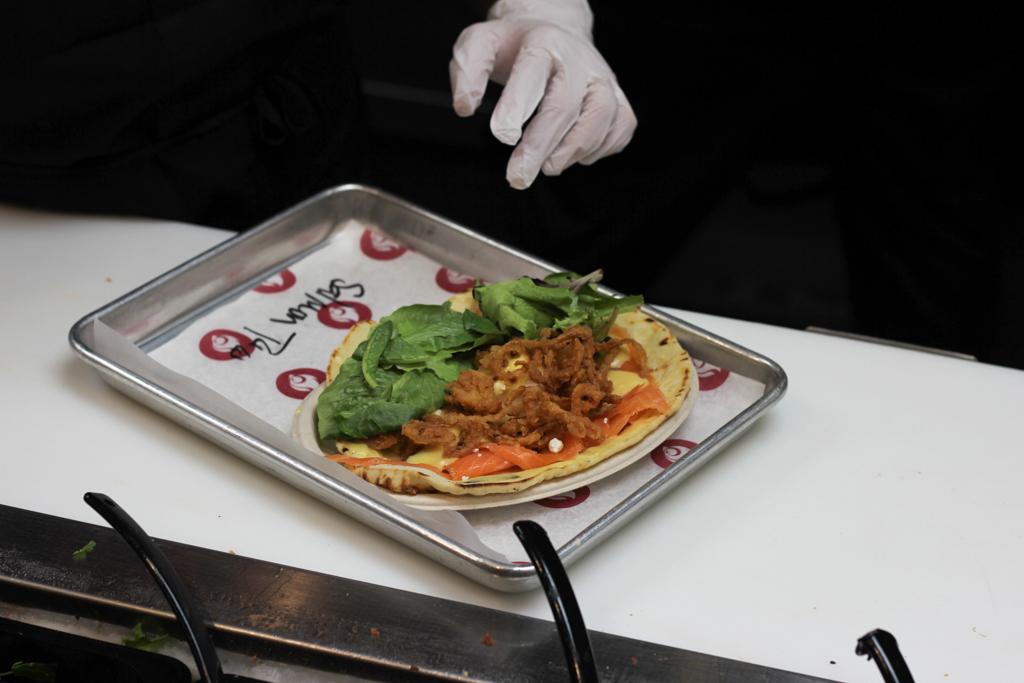 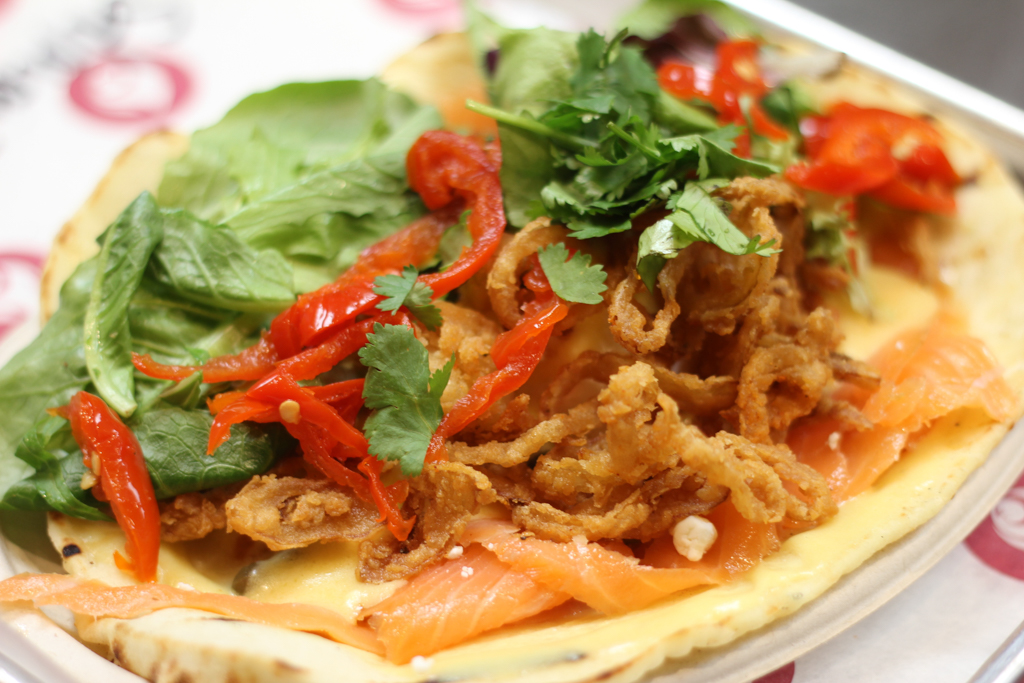 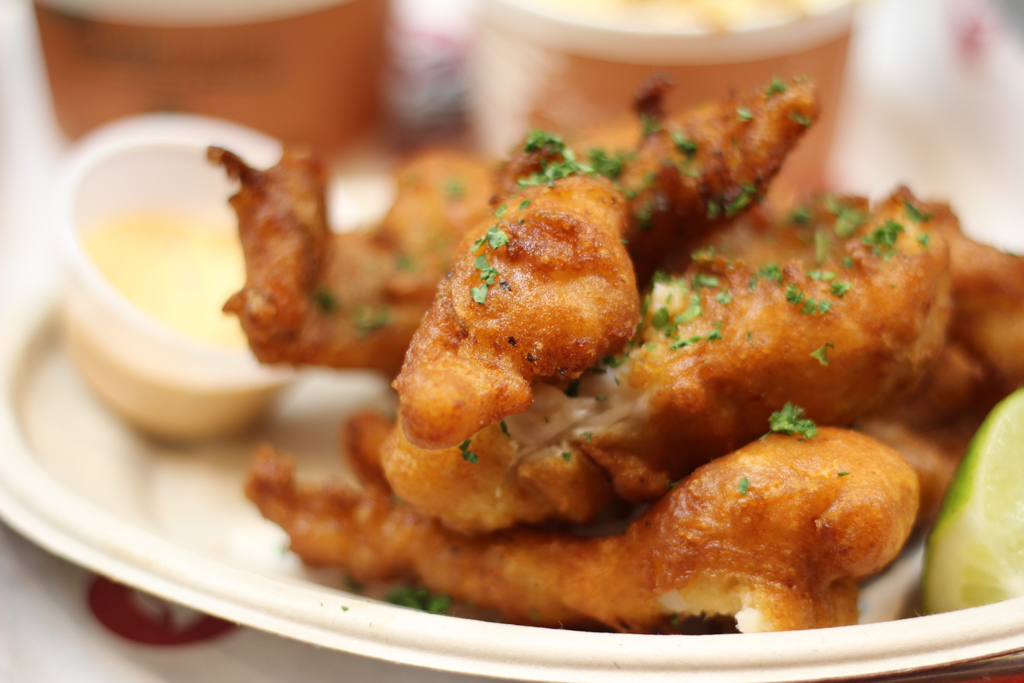 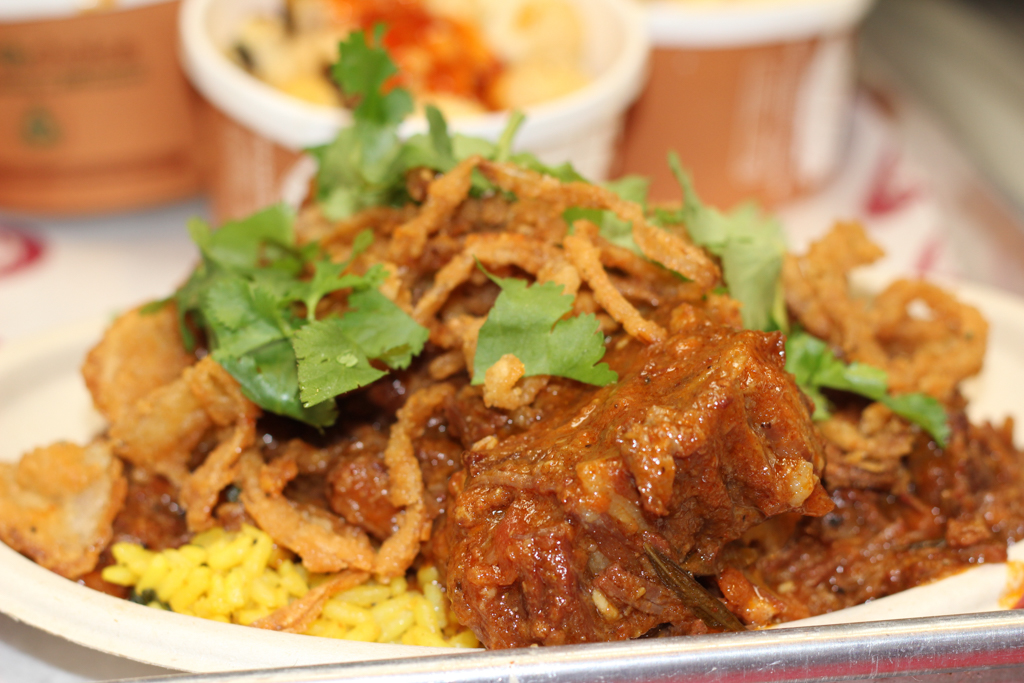 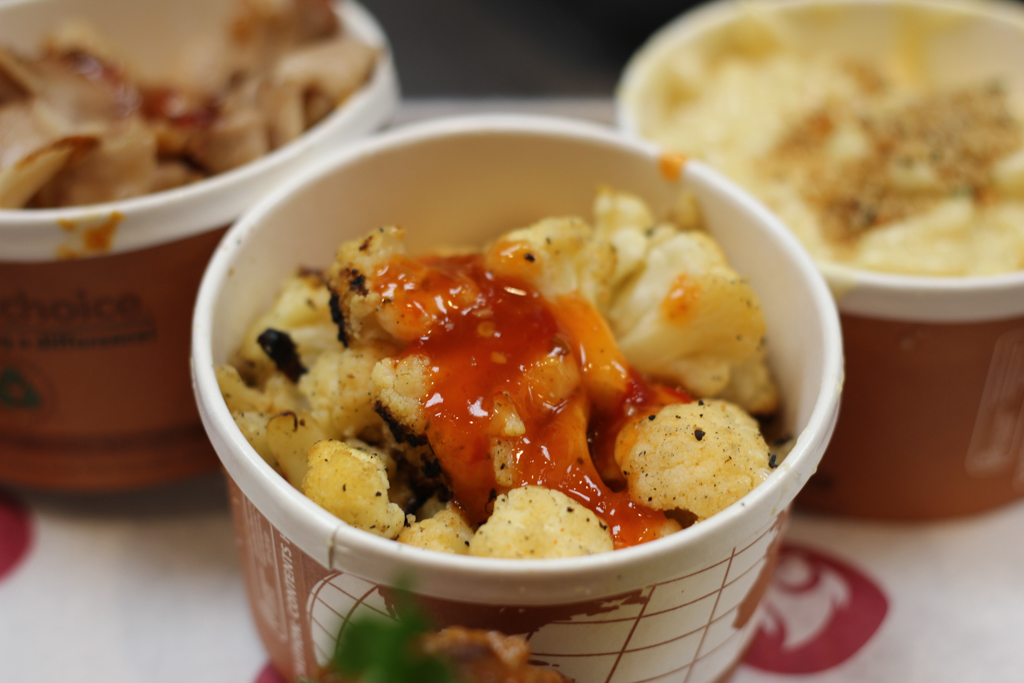 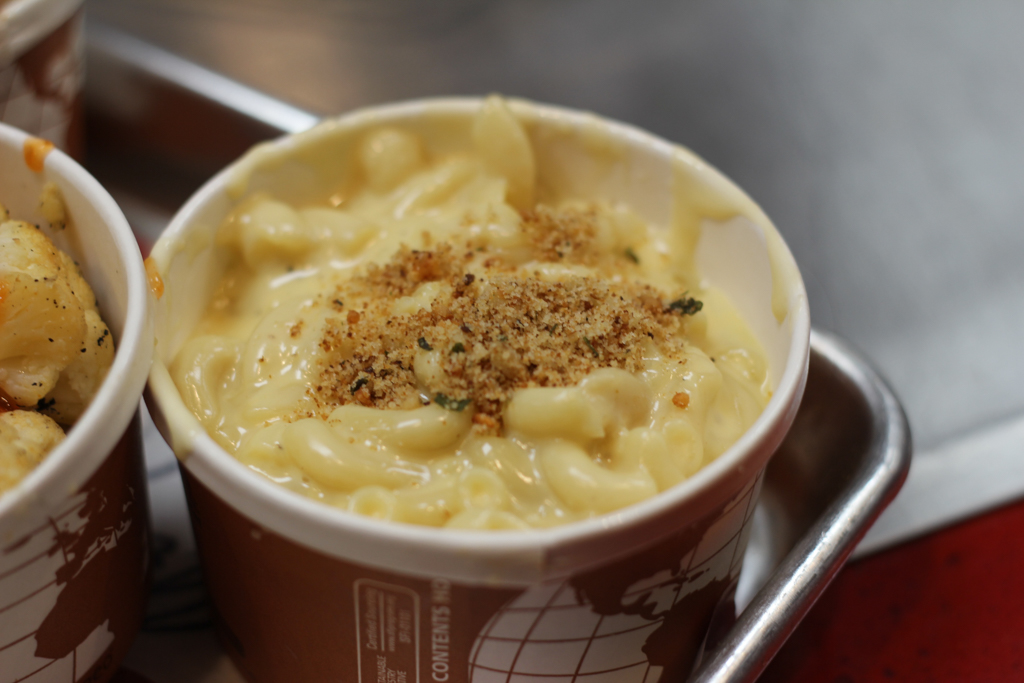 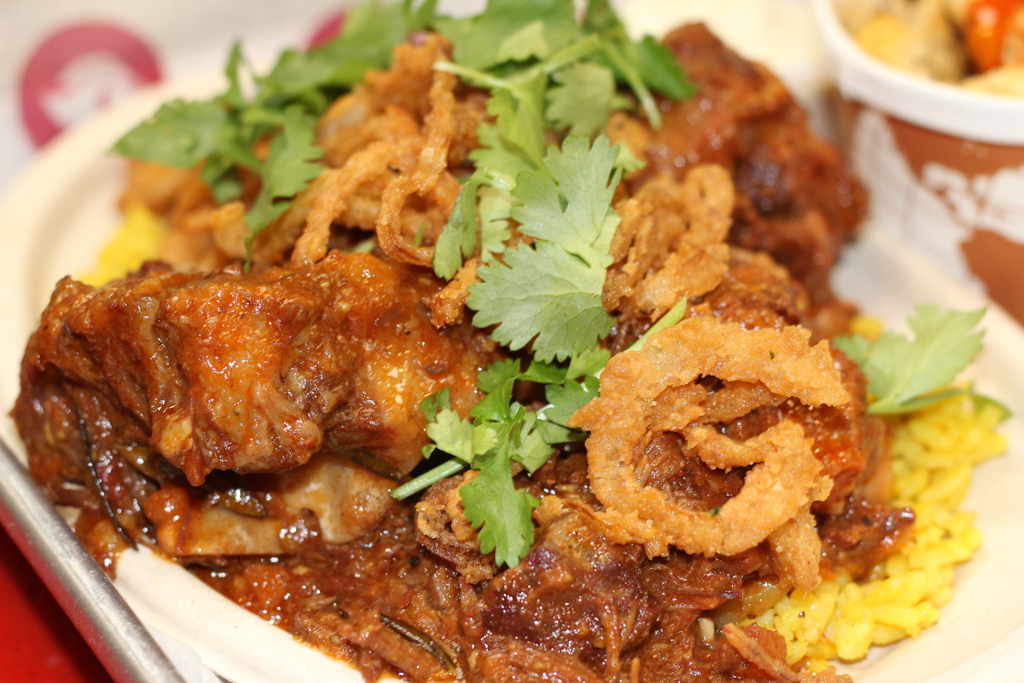 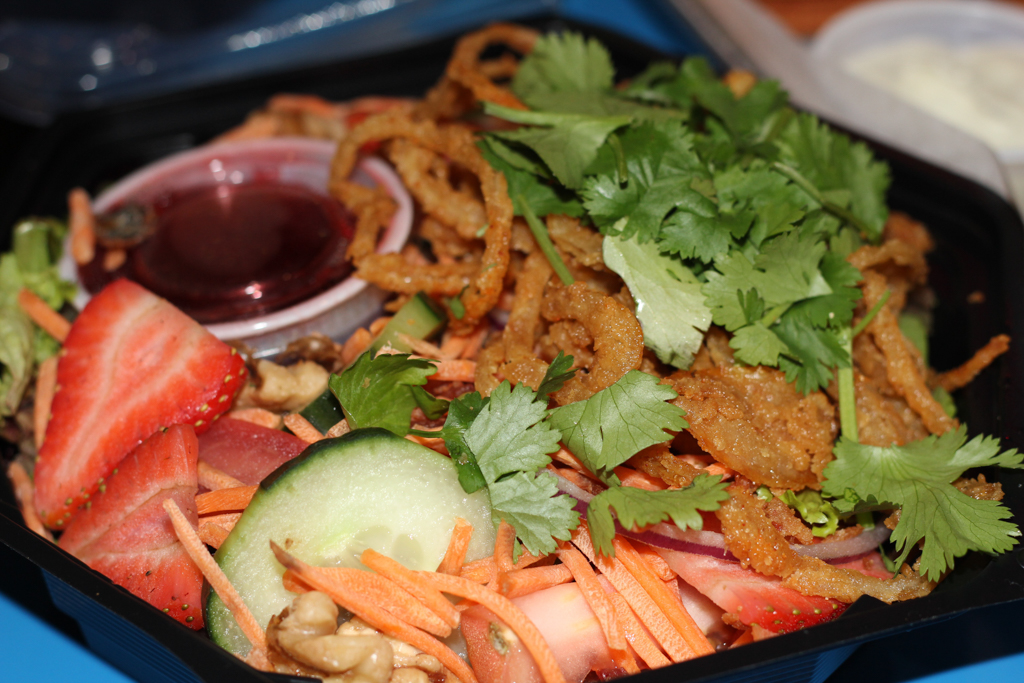 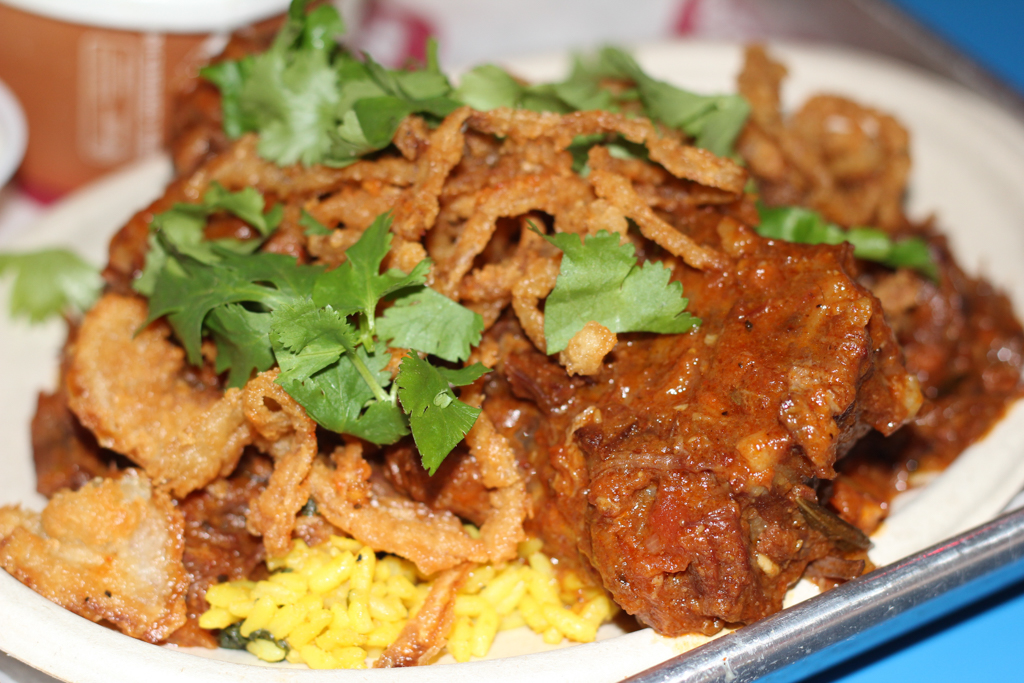 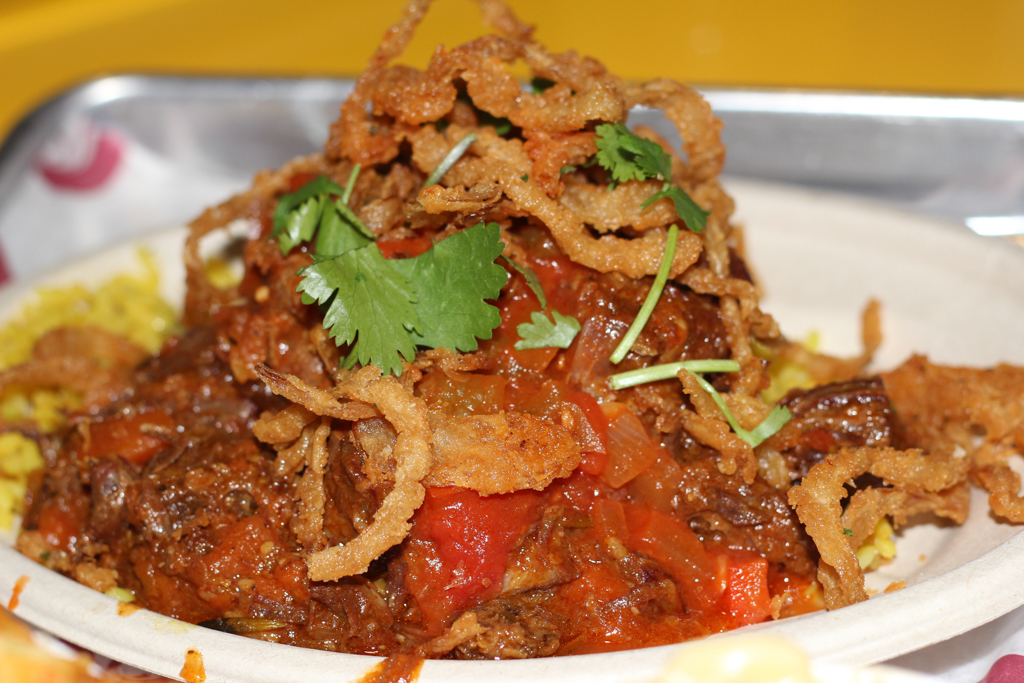 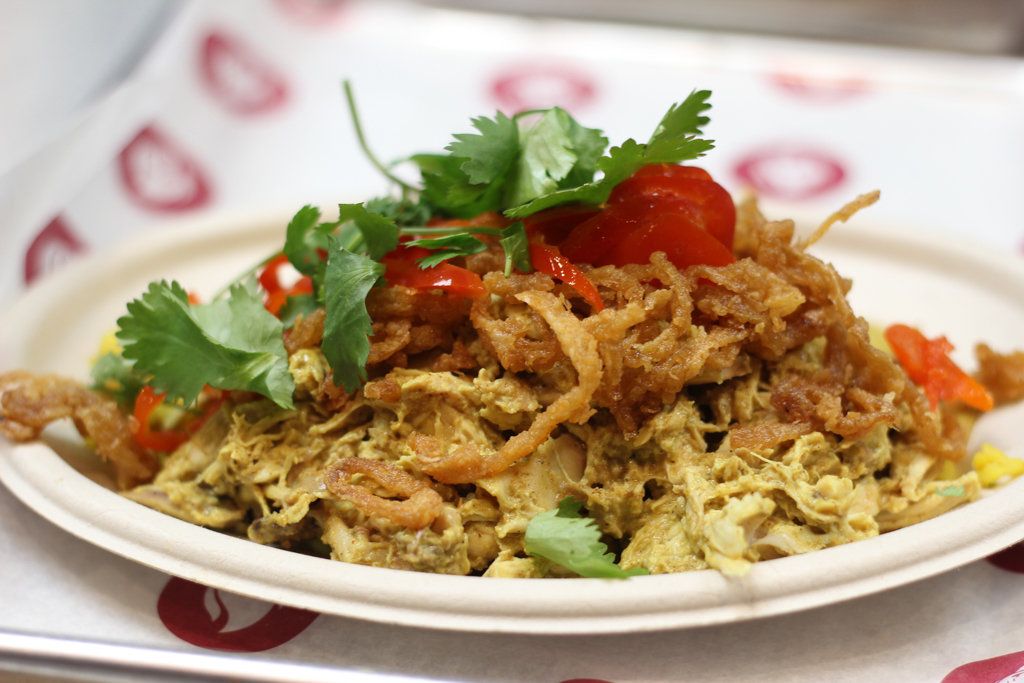 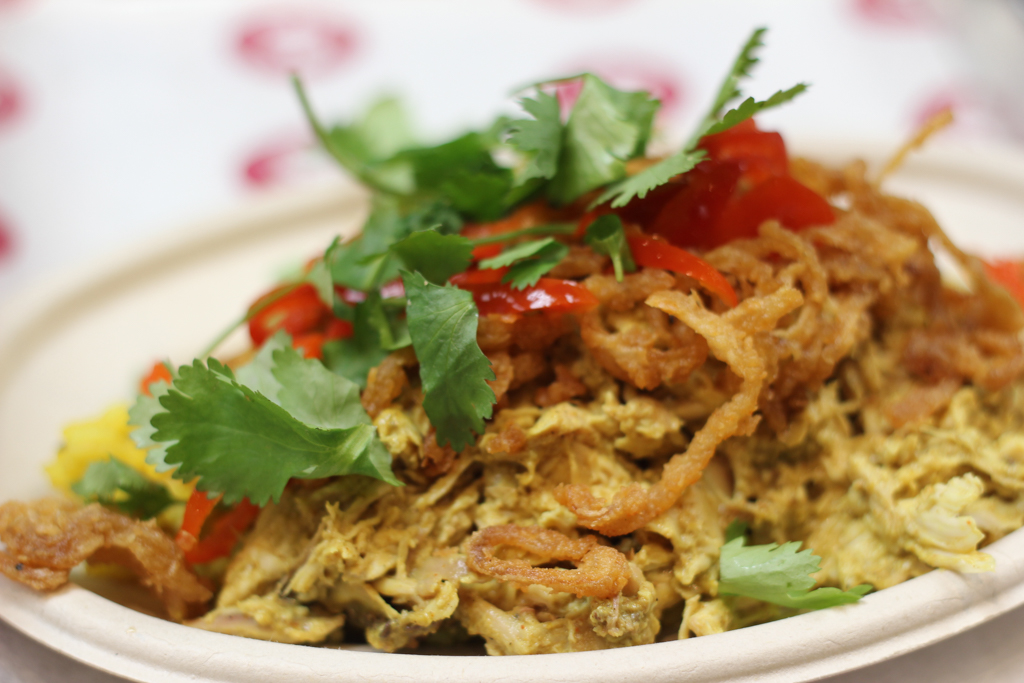 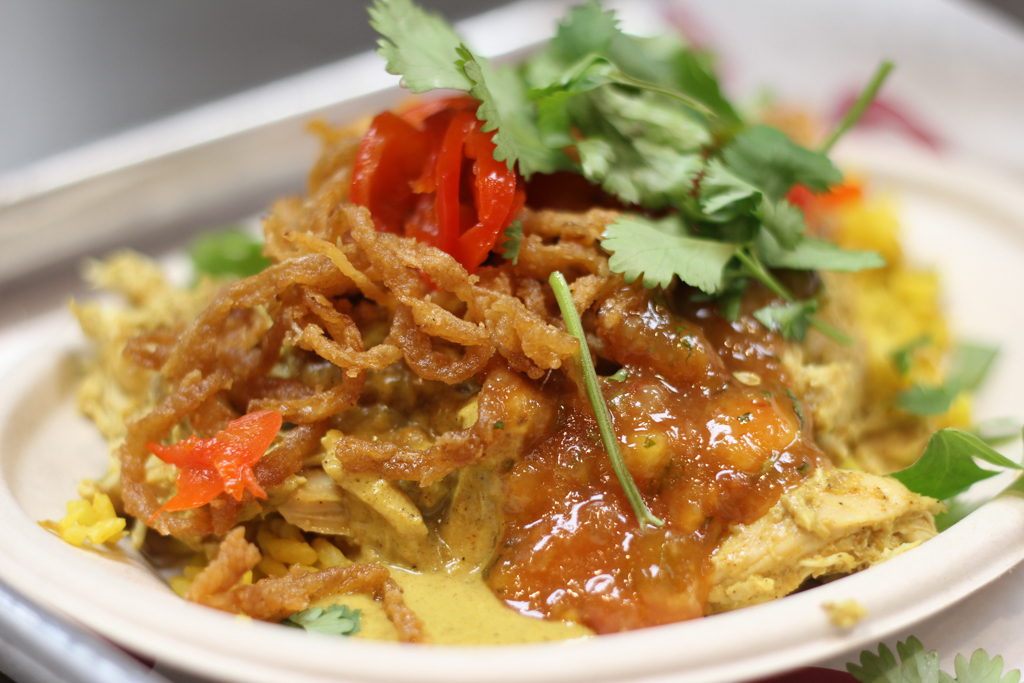 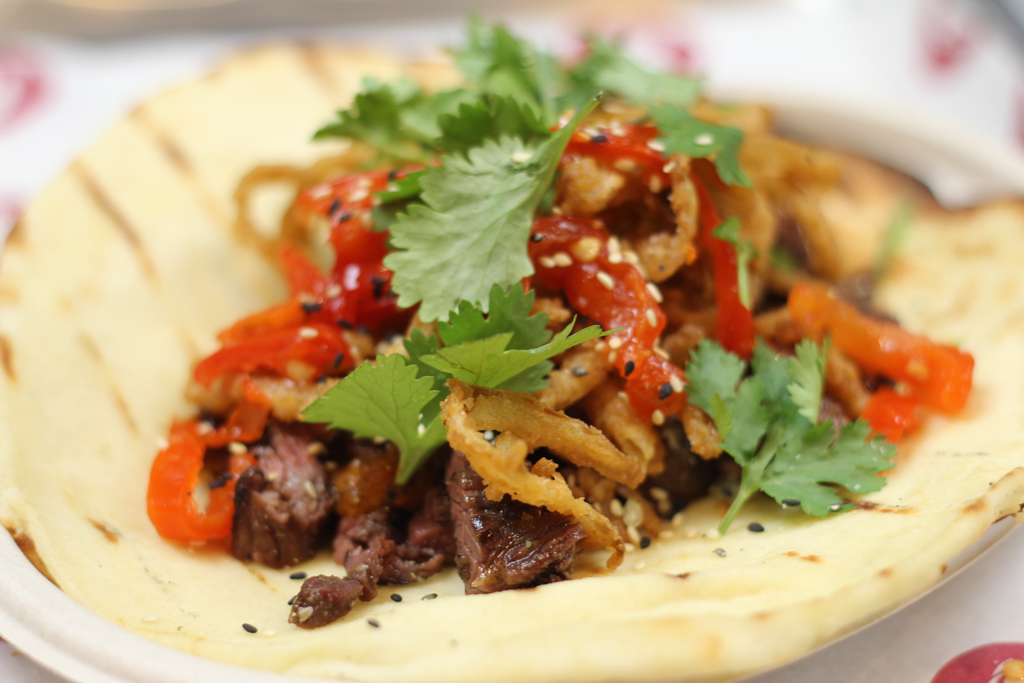 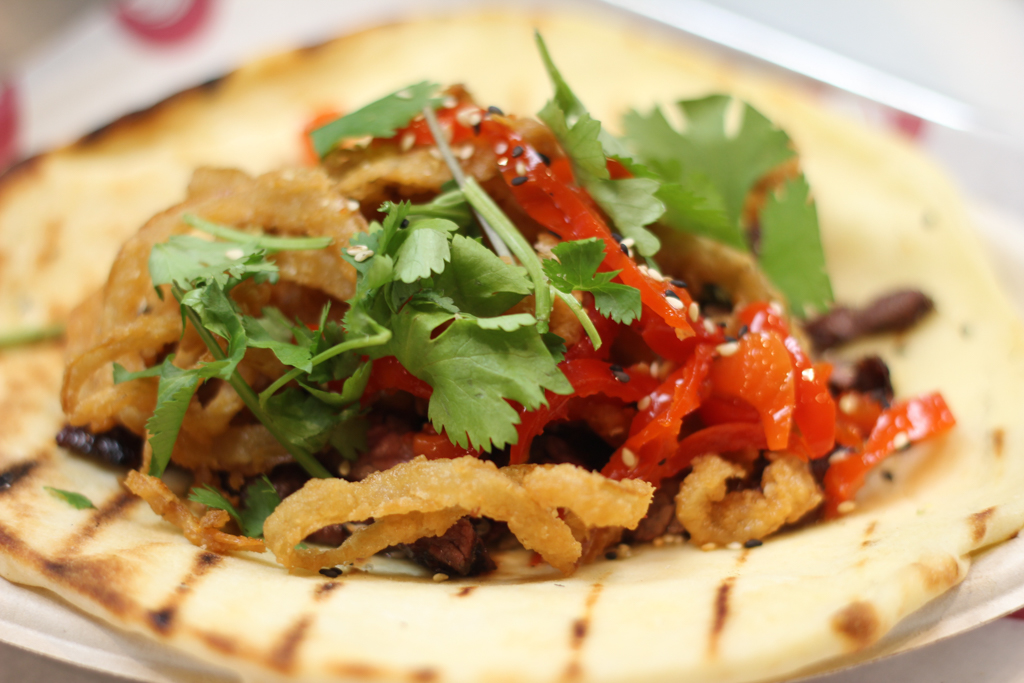 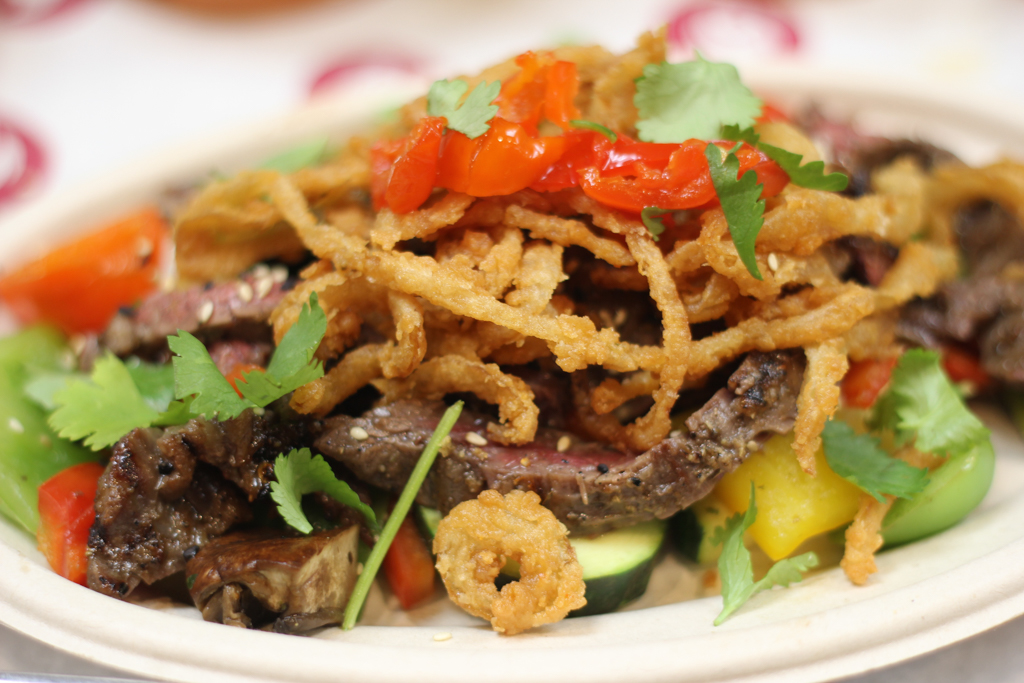 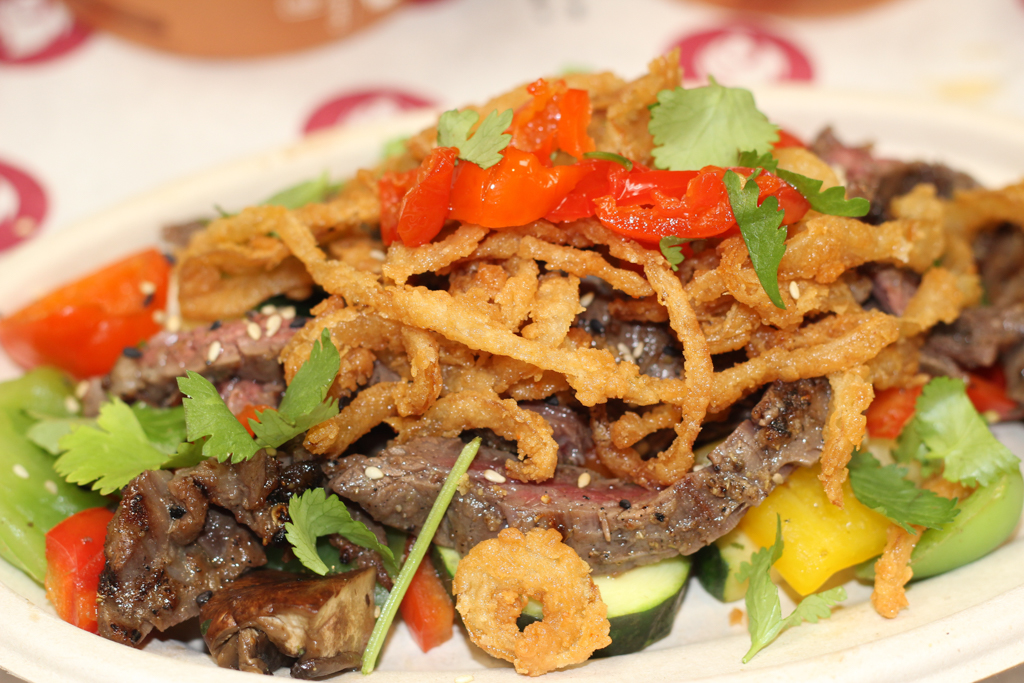 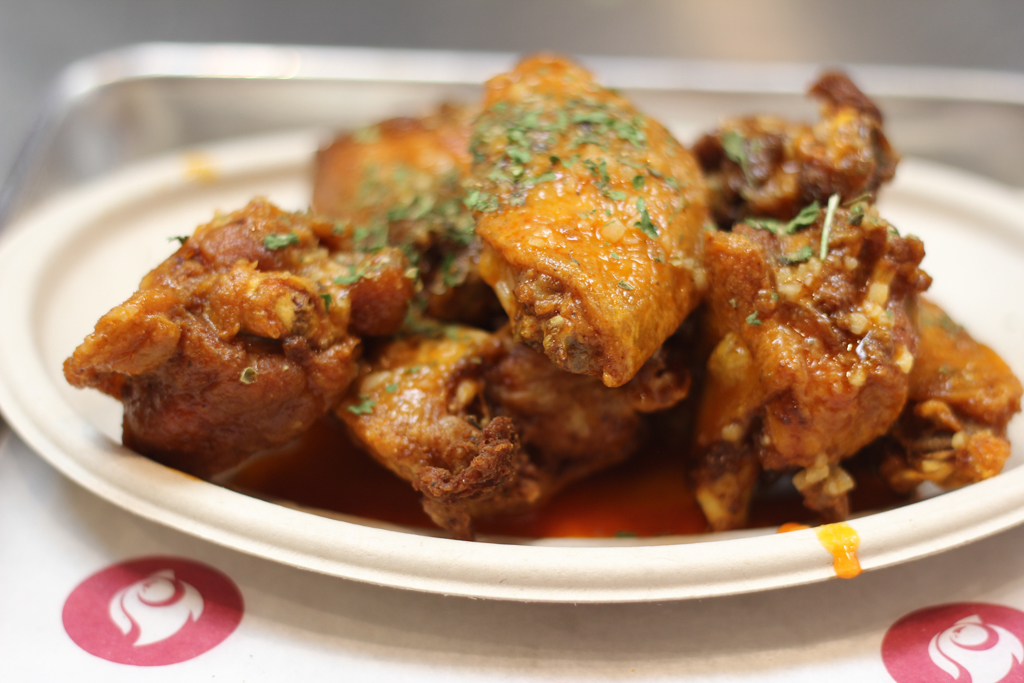 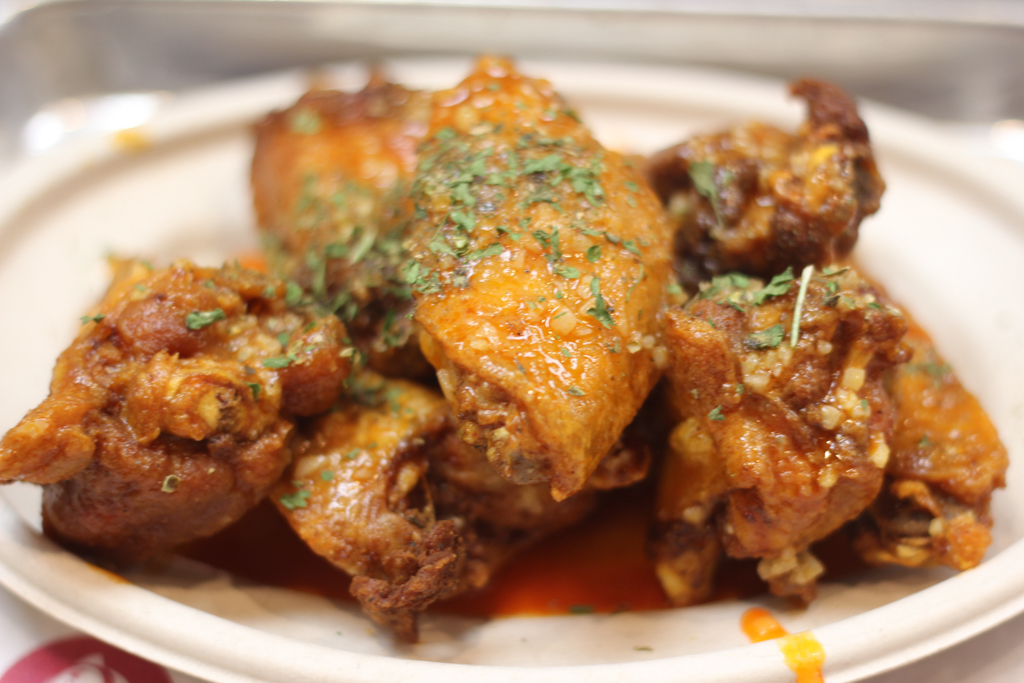 Eating at Peli Peli Kitchen is like visiting your best friend’s awesome downtown loft. You feel both completely at home, and a little in awe of how cool their place is.

Between the awesome food and extremely friendly staff, Peli Peli Kitchen sits comfortably in our top 10 favorite restaurants in Houston.

Truth time, readers. Are you sitting down? Good!

It’s actually a bit hard hard for us to visit Peli Peli Kitchen. It’s not because we drive all the way from Sienna Plantation. That part is easy and always worth the trip! It’s because there are way too many dishes we love! Thus, it’s hard to decide what to order.

Seriously, tell me how two people are supposed to pick between a pork belly banh mi, grilled shrimp tacos, crispy chicken tenders, the braised oxtail, South African Fajitas, red velvet cupcakes, sticky toffee pudding cupcakes, mac and cheese, truffle fries, and wings. It’s all fantastic! You might be thinking, “Jenny, how in the world do you know that all of those are each great, and worth a trip on their own?” Because we had the opportunity to attend the Good Eats Houston foodie tasting dinner!

From the moment we heard about the Good Eats Houston dinner at Peli Peli Kitchen, we were pumped about going! We had already been a few times and gotten several great entrees and sides. We were not disappointed, as we were able to try even more entrees and sides. It’s to the point that choosing is like picking your favorite child.

We started dinner by getting the Huguenot Pork Belly Naan taco and the Grilled Shrimp Naan Taco, the former being a big punch to your taste buds and the latter a perfect balance of flavors. The raspberry chipotle mixed with tangy blue cheese coats the pork belly. The pork belly is marinated for 24 hours and is to die for! The grilled shrimp naan taco is big and has a perfect balance of South African flavors.

Next, we got to try a parade of sides. Each one was better than the last! For example, the sautéed mushrooms were good! But then the grilled cauliflower came out with its perfect texture and taste so I had a new favorite!

We had a new favorite side when the yellow rice came out with the South African Fajitas. Looking at the pictures is deceiving because they look like the same type of fajitas you can get at any good fajita joint, but they have an incredibly unique and distinct flavor profile that really pops!

Of course, by the time the truffle fries, mac and cheese and braised oxtail came out we were stuffed! But each of those dishes are so good that we chanced the potential stomachache to chow down.

We were beyond full by that point! But when we saw our table mates sitting down with PPK’s famous sticky toffee pudding cupcakes, we made an executive decision: we have to hang around until we have room for these bad boys!

Well, that turned out to be a solid 5 minutes because they looked too darn good! Which, as always, they were. These cupcakes are similar in taste to the regular Peli Peli restaurants’ acclaimed Sticky Toffee Pudding, but in a fun and portable version.

As always, whether the dishes were new to us or old favorites, everything Peli Peli Kitchen brought out was delicious, unique and amazing.

As the evening wound down, there was a spirited debate between several Good Eats foodies about whether the South African fajitas or the crispy pork belly was a better dish, with hardcore believers on both sides. Even in our household, the decision is split. So how to do we solve this split in the Good Eats community? I think you guys should let us know your opinion in the comments so we can crown a winner!