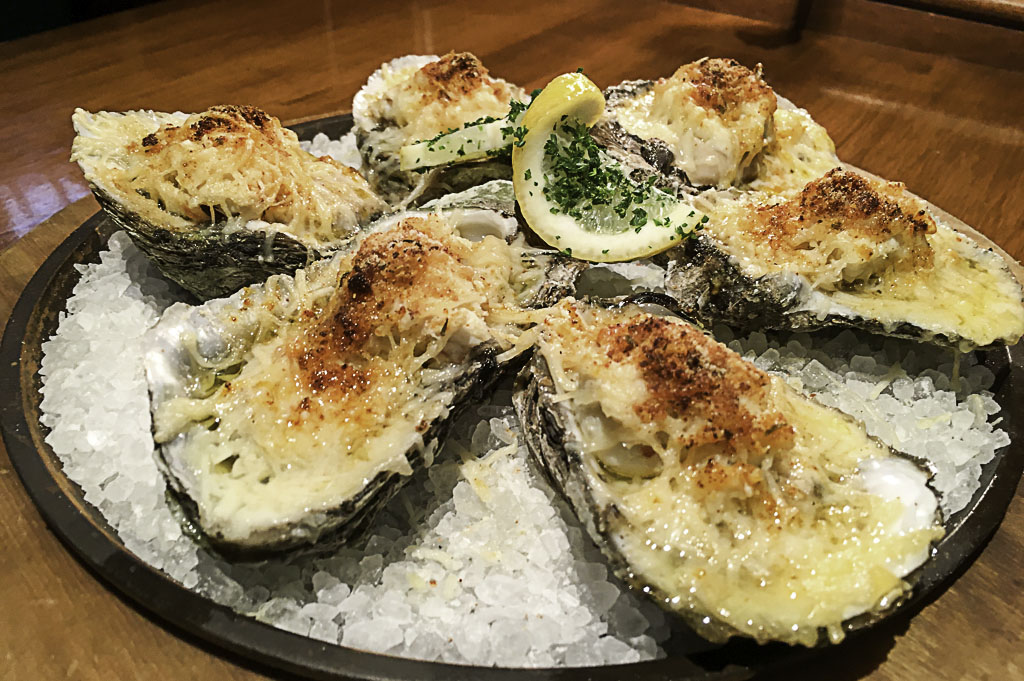 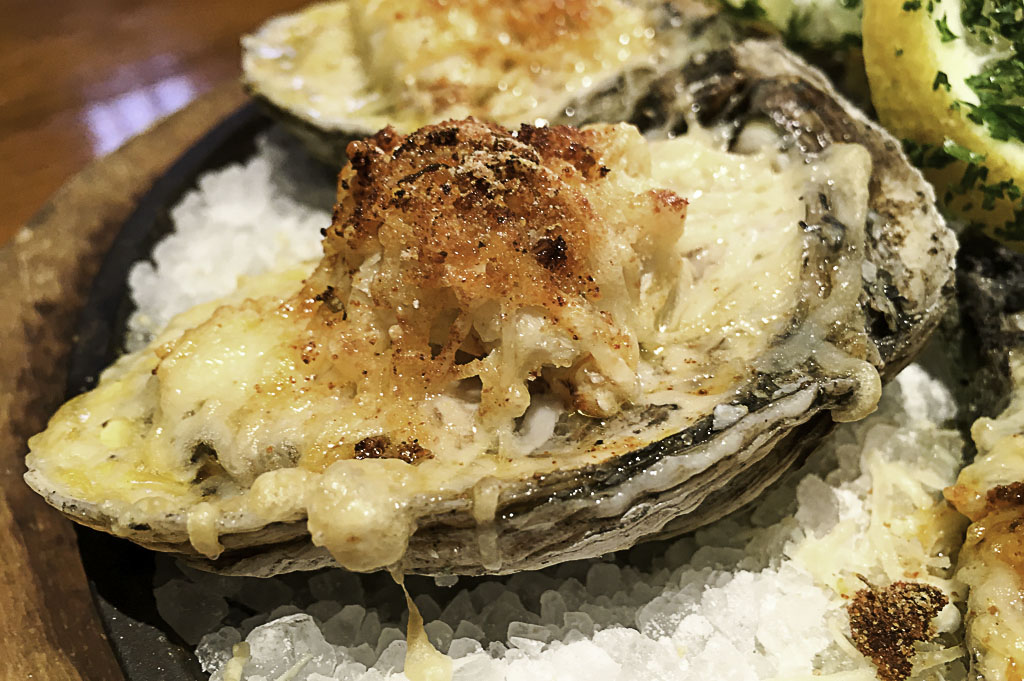 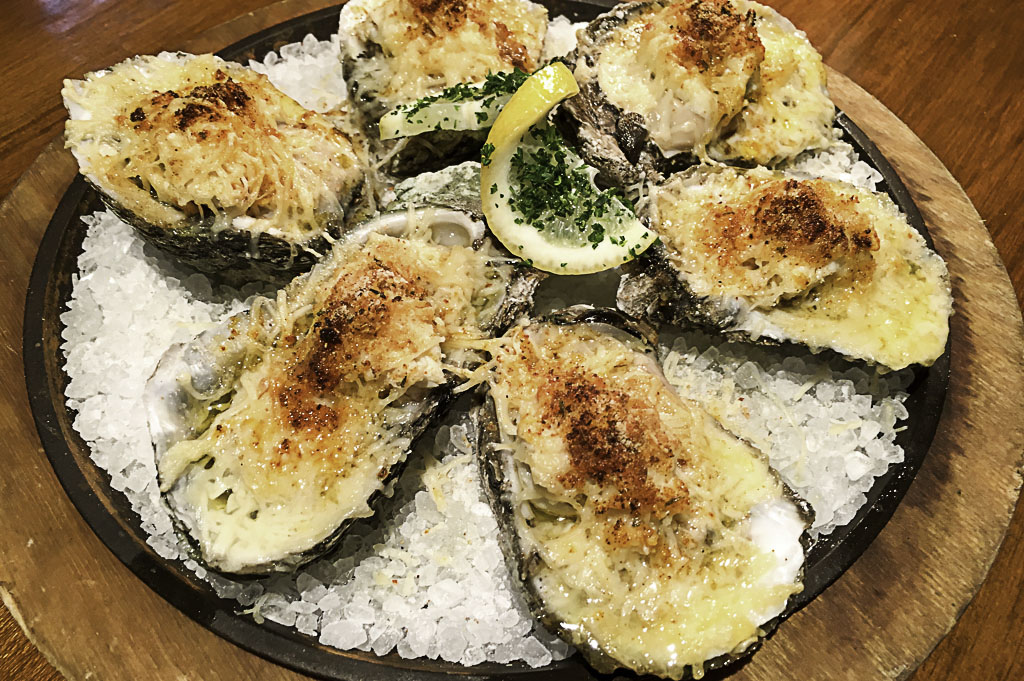 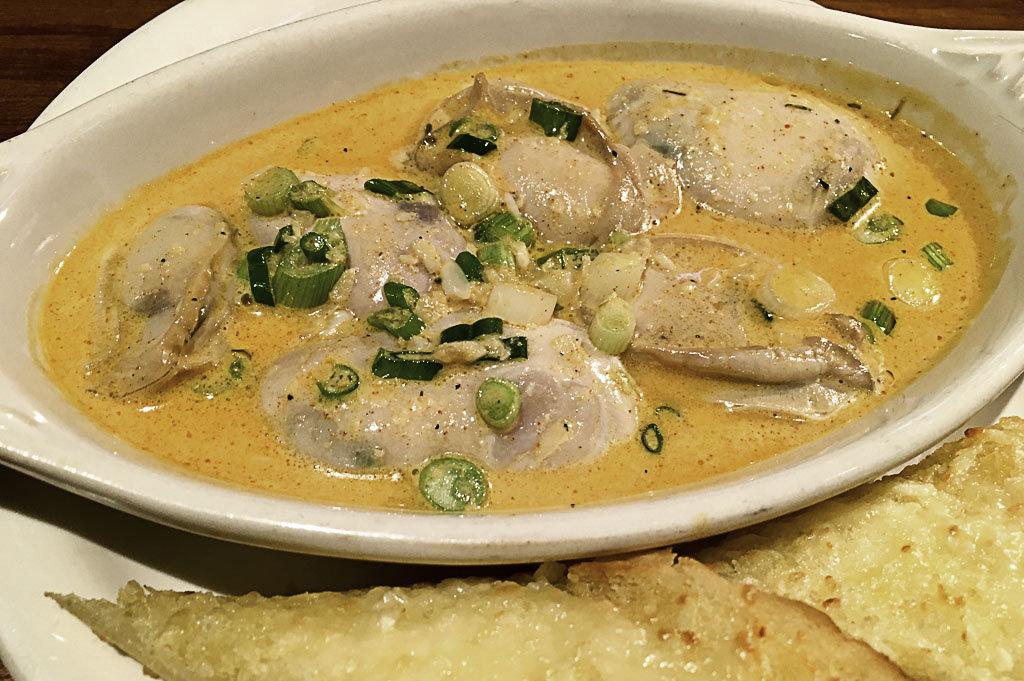 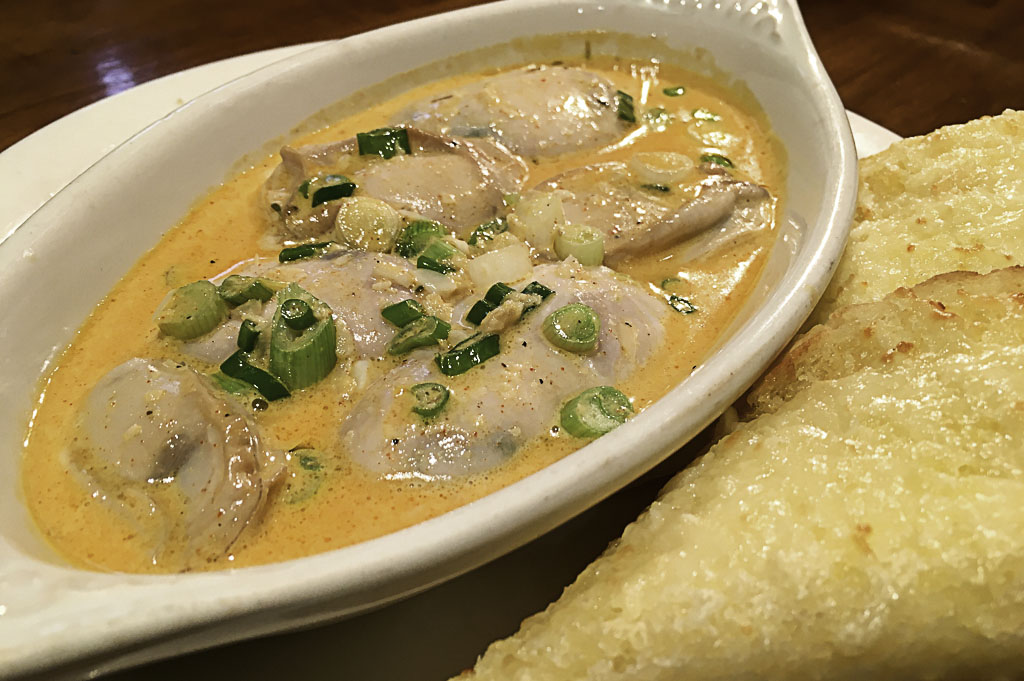 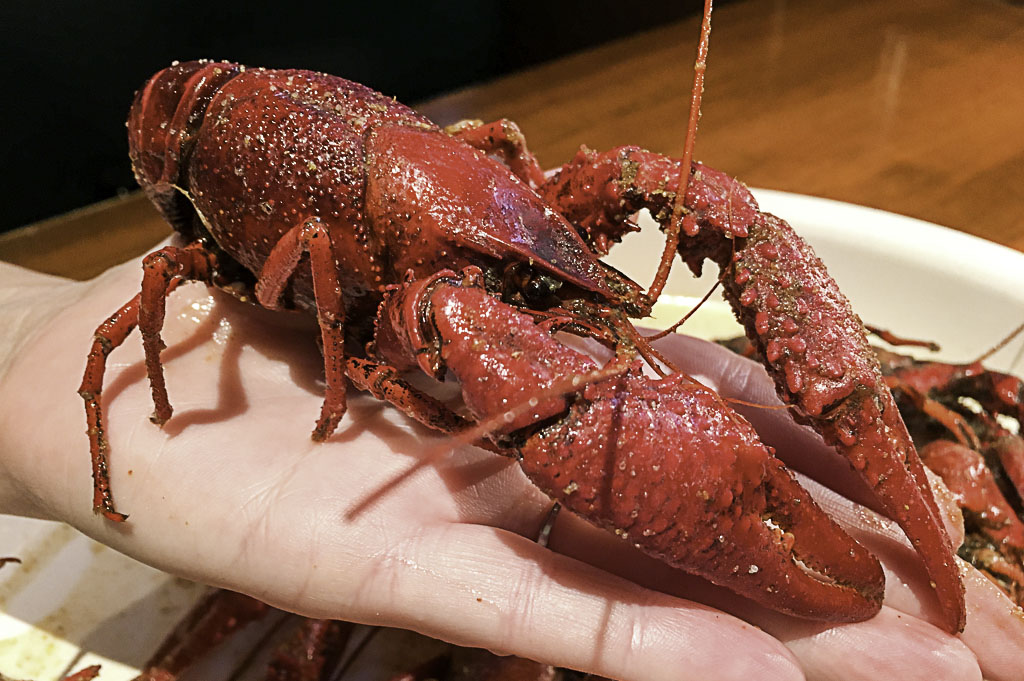 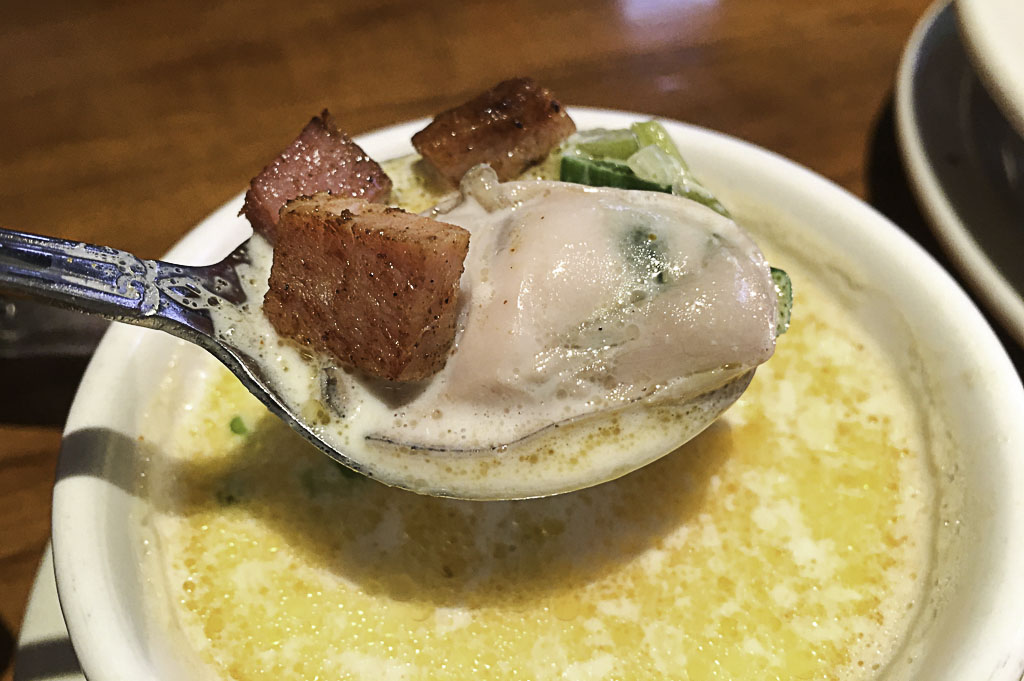 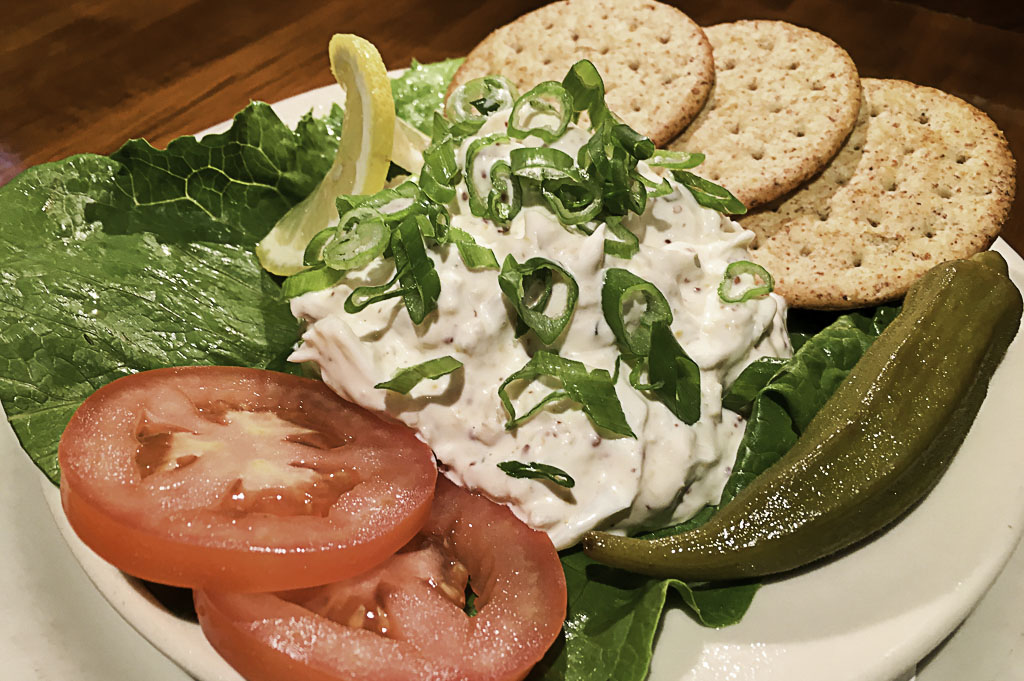 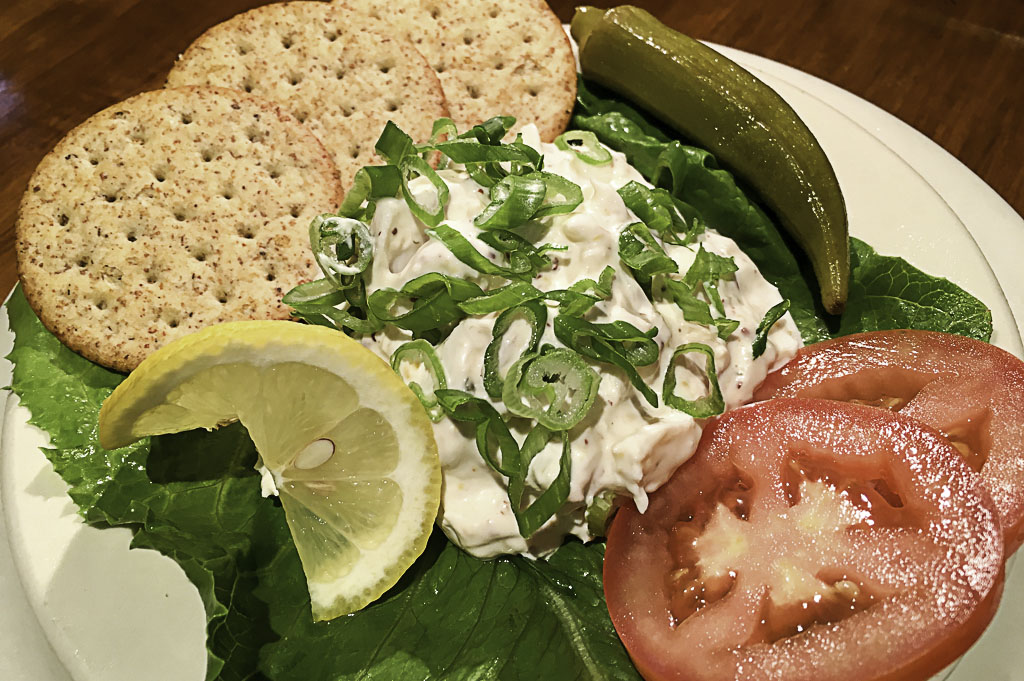 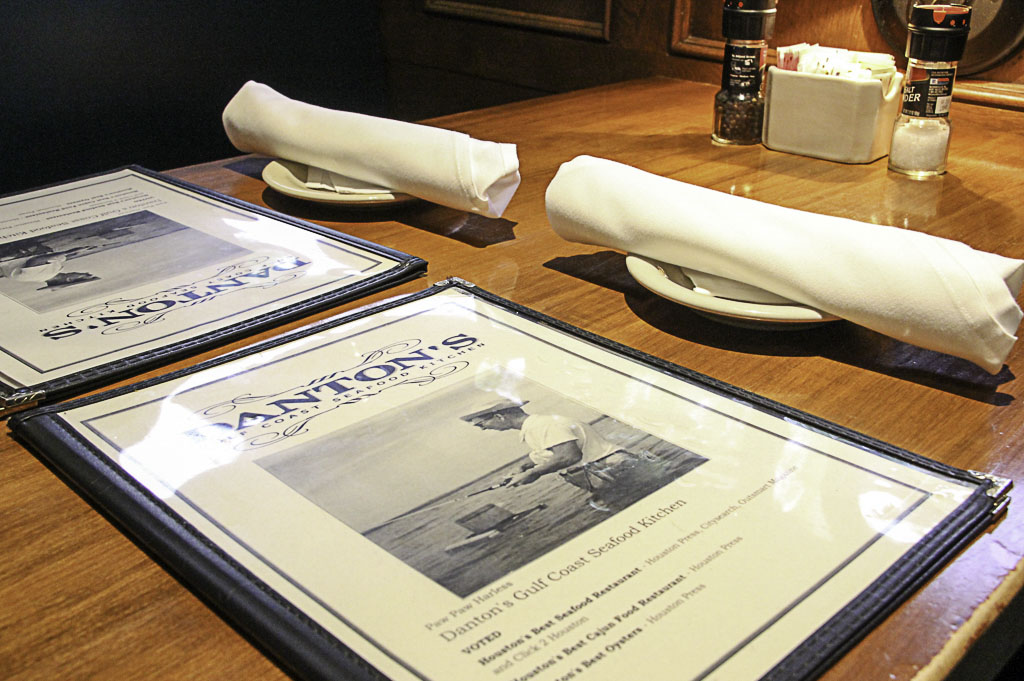 For years, my husband and I have talked about going out to dinner and ordering only appetizers. Most times when we go out to eat we’re confronted by the task of choosing only one appetizer. This can be agonizing and lead to indecisiveness when the list is lengthy or we’re shopping on empty stomachs. Many times we will choose one appetizer to share along with a soup and/or salad. This is the trend when we are at a restaurant that offers any type of seafood bisque/chowder, or if it offers a Caesar salad. If there isn’t any interest in the soup/salad offerings, occasionally we will choose two appetizers. But all the same, we often find ourselves wishing we could just order appetizers and skip the main course. So today I made that wish come true, and I couldn’t have picked a more perfect place for that to happen than at Danton’s Gulf Coast Seafood Kitchen.

If you haven’t been to Danton’s before, once you go you will be asking yourself why you didn’t go sooner and when you will get to make a return visit. I say this because this was my first visit to Danton’s, and I immediately asked myself these questions as soon as the first appetizer was served. After having decided this meal would be all about the appetizers, soups, and salads, I assumed the task of choosing would be easy. However, I did not anticipate having 30 items to choose from. Thankfully we were on the receiving end of detailed descriptions, excellent service, and endless patience from our server Amanda.

I’ve loved seafood since I was a kid, thanks to my mother who, raised on the East Coast, made sure to impart her love for all seafood to me. So, I was in heaven upon seeing that oysters were being offered 6 different ways on the menu; this is what can happen when you are in a restaurant dedicated to serving the best that the Gulf Coast has to offer. On Amanda’s recommendation we ordered Oysters Kyle, Oysters Montrose, and Oyster Stew. Oysters Kyle offered a simple approach of sautéed oysters. Oysters Montrose featured both the oyster and jumbo lump crab, and the Oyster Stew promised to be unlike other versions in Houston because Danton’s stew contains oyster liquor. The Oysters Montrose were the first to arrive. There were 6 large, plump, and juicy oysters served in the half-shell beneath toasty bread crumbs, jumbo lump crab and infused with garlic butter, and at the very top was a lightly baked lace of parmesan cheese. I won’t lie. I, briefly, thought about cutting the oyster in half, but quickly decided that it was worth making etiquette teachers cringe by eating this pot-of-gold in one bite. My first thought? Why hadn’t I eaten here sooner?! I was a little surprised when the Oysters Kyle was brought to the table. I guess I had expected to see the oysters in the half-shell. Instead, I saw what looked like oyster stew, but was actually sautéed oysters served in a generous bath of lemon garlic butter, also known as liquid gold. The dish was served with two pieces of Parmesan bread “for sopping”, and thanks to Amanda it was also served with two spoons. Having managed to avoid drinking the liquid gold straight from the serving dish, I moved on to the Oyster Stew. It really says a lot about a soup that can stand apart from the rich flavors we had just been served. The stew was full of fresh plump oysters, and the broth was flavorful, tasting more of oysters than the heavy cream that was listed in the menu’s description.

Although it’s not listed under “Salads”, I considered the Crab Danton a part of that category. It’s described as jumbo lump crab tossed in their signature garlic rémoulade sauce and served with club crackers, tomato slices, and pickled okra. I was a little bit apprehensive when it was placed on the table following the big guns that had started the meal. However, by this point I should have trusted Amanda enough to know that this was going to be a great dish. She was right. The seemingly simple salad that was set on the table was full of flavor, the right amount of garlic, a little spice, and lots of crab; it did not disappoint, and I found myself wishing the portion had been twice what was served. I’m not really a fan of pickled okra, but who knew that a pickled okra chaser was just what this salad ordered?? Amanda knew. That’s who.

By now we had crossed the point of no return, so with that we dived in for the three remaining appetizers: Corn & Crab Bisque, Boudin Balls, and seasonal crawfish. Given the generous servings of seafood in the other dishes, it came as no surprise that the Corn & Crab Bisque was filled with big chunks of jumbo lump crab. The corn, freshly cut from the cob, was crisp and a nice contrast in both flavor and texture. Again, the cream base was not the dominant flavor nor did it make the bisque too heavy. Recently Danton’s has begun making their own Boudin Balls after having previously purchased them ready-made. What a great choice. The exterior was lightly breaded and the interior was moist, lightly spiced, and flavorful, particularly when accented with a side of the same garlic rémoulade sauce that is used with the Crab Danton. Last but not least, we chose to end our meal with the seasonal crawfish. Honestly, Danton’s is the last place I would have thought to order crawfish. To me, eating crawfish is something you do in the backyard dressed in casual shorts, t-shirt, and flip-flops. As the crawfish platter was set down on the table, I glanced down at my white blouse and black slacks and wished I had thought to wear all black. Oh well, it was too late to turn back now. Amanda had recommended the crawfish because they are seasonal and most importantly because Danton’s waits until further into the season so they can serve larger crawfish that offer a bigger return for the investment. She also recommended them because the way they’re cooked and seasoned offers more flavor in the crawfish meat than you ordinarily find in other restaurants. She was right on both accounts; these crawfish were about 5.5-6.5” long, and the seasoning was throughout the crawfish meat instead of being limited to the exterior of the shell.

Wow. What a fantastic introduction to Danton’s Gulf Seafood Kitchen, and I ONLY tried some of the appetizers, soups, and salads! Of course since I was already plotting my return visit I asked Amanda what she would recommend for main courses. So, providing I can make it to a main course next time, here are some dishes to consider: Stuffed Redfish, Pecan Crusted Rainbow Trout, Blackened Catfish Enchiladas, Crab Balinese, and the Angus Beef Ribeye cooked on a wood grill. Until next time, Danton’s, thanks for a great first visit!